Having found out that my husband is just one paycheck away from unemployment, I did a cursory survey of the contents of my fridge. My semi-hoarding ways will guarantee us at least a couple weeks or more of meals. 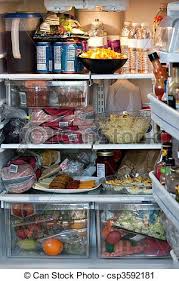 Freezer contents include: a Costco-sized bag of potstickers and another bag of Safeway brand that I hadn’t remembered I had when I bought the huge Costco bag (that goes without saying); a bag of homemade eggrolls from my dear friend Anna (the absolute best around); one pound of Italian sausage; one bag of orange chicken; a package of Nathan’s hotdogs; two top round steaks; a half-full bag of breaded shrimp; a package of four smoked sausages; two potpies; a bag containing a few turkey meatballs; four six-ounce size rolls; an already-opened bags of chicken nuggets; a pound of ground turkey; and a few packages of chicken breasts that I had previously washed and divided into about 1.5 to 2-pound packages. There was other miscellany, but nothing to write a blog about.

In my cupboards, which I didn’t quite get around to inventorying thoroughly, are jars of red spaghetti sauce and alfredo sauce; Korma sauce, with which to make curry; ramen noodles; several packages of pasta; a jar of pesto sauce; walnuts and cashews; plenty of rice–basmati, jasmine, and long-grain varieties; tuna; canned clams; one box of pasta mix, a few boxes of rice mix, and a package of easy-to-make stuffing; canned tomatoes; and more.

Just off the top of my head, I can come up with quite a variety of meals to make with what’s there or by adding a few fresh ingredients, including chili, beef stroganoff, spaghetti, hotdogs, chicken curry, beef and broccoli, linguini with clam sauce, spaghetti with sausage and spaghetti with meatballs, cashew chicken, walnut chicken, tuna casserole, and all the meals that the frozen foods will provide. So, we’re in pretty good shape.

This will be a good experiment to see how long we can go without stocking up. I do see a Costco run in my future, however, but that will consist of more inexpensive spaghetti, pasta sauce, and the other nonperishables that Costco is famous for and which often last months at a time.

Today is my husband’s birthday. We will make an exception from eating at home and will take our youngest child with us to dinner. I have a restaurant.com certificate worth $25, which I bought for $10. We have to spend at least $35, according to the certificate’s terms, and we have to leave an 18% tip and pay the tax, but I think we may be able to get away with spending another $20 or $25 in addition to the 10 I’d already spent. That should be fine for three of us. I’m glad we’re able to do something, but it’s kind of sad that we’re having to coupon and take our son with us, when we would ordinarily go to a nice restaurant with ambiance and have a glass of wine with dinner. Ordinarily, even if it’s a prix fixe meal, it would be something special–and more than double what we’ll be paying tonight.

But that’s life. When you’re dealt a blow, you duck or swerve to the side or you get knocked flat out. I’d rather swerve off course for one birthday dinner. I’m just thankful that I stockpiled enough food to make it through the next few weeks. The fancy restaurant can wait until we’re celebrating my husband’s new job offer.

After many months of ups and downs in his current job, my husband found out two days ago–and let me in on the not-so-joyous noise just yesterday–that he will be without a job in thirty days. That’s two more paychecks away.

I work, but what I bring in is less than one-fifth of what he makes and what he makes pays all the bills, with a little left over, usually, to save. The maximum that unemployment insurance will pay out in this state is $1,800 a month, which to some may seem like a lot, but for us will only cover our mortgage and real estate taxes on a quite modest home. In other words, we’re screwed.

When he was in school and we had one baby and then another and nothing but part-time jobs, we were able to live off what little we made plus the student loans he got for attending school. But that was when we had no mortgage, had one car, had no other debt, and were young and stupid. Now, we have four offspring, a mortgage, four vehicles (the newest being seven years old, the oldest being twenty-one), a gas-and-electric bill, a water bill, a basic cable bill, a golden retriever, an overweight tabby cat, homeowner’s insurance, health insurance (which costs over $1,100 a month alone), auto insurance, and life insurance, plus expenses for the newspaper, gasoline, food, church donations, doctor’s visits, etc., etc. That’s a lot more than we had to manage, even with two babies, back in the late ’80s. What to do?

First of all, my husband has to not only look for (which he’s been doing for the past twenty months), but now find a job. And I have to go full force into an austerity program to try to stretch the minimal amount of dollars we will have coming in until his next paycheck.

So, I am setting in motion a full-on Austerity Program, the likes of which haven’t been seen since the Great Depression, World War II, or modern-day England, whichever is worst.

Austerity Program, Day 1. What did I do to make or save money so far?

I grabbed the last few purchases I made and looked at what, if anything, I could return. I was able to gather three tops from Target (one at $9, two each at $5) and a pair of shoes I’d bought over a month ago for a special occasion, but that never fit quite right, and returned them to Target and Payless (another $18.30 returned to my MasterCard). I have another T-shirt to go back to a sporting goods store that I didn’t have time to get to today. I also drove the twenty-one-year-old non-air-conditioned car, which I will continue to use as long as possible to avoid putting gas into the family-sized vehicle.

We have two birthdays coming up in the next few days: my husband’s and our youngest child’s. My son needs some clothes, so while at the mall, I ran into JCPenney, because I know their Arizona brand shorts fit him well, and “purchased” a pair of those shorts, using a gift card I had received for Christmas. (Fortunately, I’m not much of a clothes horse–as can be witnessed by the above-mentioned thrifty clothes and shoes I’d recently purchased–nor am I much of a shopper in general. Therefore, I still have from Christmas or my birthday another JCPenney gift card, a few small ones from Target, one from Macy’s, and one from a movie theater, which I will probably use on my son’s birthday, so I can treat him to a little something special.)

My next step is using up all the food in the house before buying anything else at the grocery store, save for vegetables, milk, butter, and other perishables that will need restocking. Tonight, I plan to take inventory of what I have and what I can do with it.

I’ve gone through austerity measures in the past, and I can do it again. If the queen of England can freeze her salary for the sake of the kingdom, then I too can do my part to save. I just wish I were saving what the queen makes.