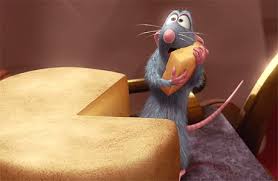 I just returned from one week away in Oregon. My best friend of 36 years lives there with her small family: a husband and young son. It was just three of us on the trip this year: my husband, my youngest child, and I. I worried that I’d be stressed about leaving the rest of the kids (all working adults) home, but once I became immersed in the majestic pine trees, the crashing coastal surf, and the sea otters, I didn’t think about home much at all.

Having just one not-so-active child, our friends have a much slower pace of life than we have. They aren’t chauffering their son to ballgames, to music lessons, and to friends’ houses. They don’t confer with him on what he wants to eat for dinner, how much video game time he would like (there’s not even a game player in the entire house, for that matter), or when he feels like coming home from his friend’s house so he can get to his chores and homework; they set the pace and he follows along. In other words, he fits into their lifestyle instead of the other way around. How refreshing is that?

I long for a slower-paced life where I can drive 55 on the freeway instead of 70, where drivers use the passing lane to actually pass, where people take advantage of warm, sunny days because they know the rain and cool weather is just around the corner. I want to live in a place where the competition is halved.

At one of the children’s museums my son and his friend were playing at, several other boys around their ages asked if they would like to play together. So they all joined in. First it was a game of hide and seek inside a giant Erector set maze, then it was tag. No joy sticks, no remote controls, no TVs or computers were necessary. Just add boys between the ages of 9 and 12 and an area in which to run and hide and you’ve got yourself a couple hours of fun.

I noticed too that none of the boys was wearing designer jeans or skate clothes, which are so popular where we live. I couldn’t recognize a single brand of shirt, shorts or shoes on those children, and that’s the way it ought to be. Competition seems to be a way of life here that even children are forced to join in. I say let kids be kids–let them play without electronic gadgets and let them wear clothes that their friends won’t envy.

I so enjoyed the trip that I hope to take many more before our son and our friends’ boy are too old to want to hang out together and do simple things like play hide and seek and watch movies at night. I’m also hoping to one day be able to pursue a slower pace of life, one in which the air is fresh and clear and there’s plenty of time to breathe it in. Let the rat race continue, if need be, but I’ll be watching it from my rear view mirror.