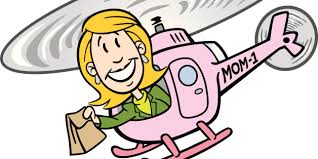 My daughter was robbed. Someone broke in and entered her apartment when she was away on the opposite coast Labor Day weekend.

I discovered the break-in on Labor Day morning, when I went over to feed and check on her cat. I had last been over with my teen son Saturday afternoon. We locked up and left. Labor Day morning, I put the key into her security screen door lock and it turned especially easily for an oftentimes sticky lock. I put my hand on the main, wooden door and it opened right up. I had witnessed my son locking that door and jiggling the handle to make sure it was secured on Saturday, but I had not checked it myself, so I figured he may have left it unlocked.

Then I looked and looked and looked for her cat, but I could not find her anywhere. She’s an ultra-aloof cat, even more so than most. If awards were given out for being the most aloof and unfriendly creature, she’d place in the top three and come home with a shiny trophy. So at first I didn’t think it was too unusual that I couldn’t find her, but the deeper I dove around the small one-bedroom apartment, the more concerned I became. I even asked my other daughter if she had come by or if a friend was supposed to check in on the cat, but she told me she had not stopped in and the friend was out of town too.

After about an hour of near panic, I finally got ahold of my son, who had been sleeping in, and he said he’d come by to help look for the cat. I went to the bathroom, gave one last look behind the shower curtain, and that’s when the window above the shower caught my eye. The screen was missing! Someone had entered through the bathroom window and gone out the front door. The security screen I had thought was locked when I came in had not been. I put my key in again to test the lock and still could turn the key another revolution after the deadbolt released, verifying that that morning I had just unlocked an already unlocked door.

I called my husband, who’d just arrived home from a bike ride, and told him my suspicions. I called the police, who arrived even before my son did and he had been walking to his car when my husband told him of my discovery.

With my daughter on the line (she had been traveling home that day and was at her layover city), we figured out some of what had been stolen, one item being her laptop. She called me last night practically in tears. She had just gotten off work at 8 p.m. (she’s a schoolteacher, so that’s a long day), still needed to buy groceries–her cupboards were bare from not having shopped since the week before leaving for her weekend trip, and was in a car wash, trying to remove the smut from her vehicle that had been parked out in front of her apartment all summer (fortunately, she’d had one set of keys with her on her trip and we have the other). She is in grad school and had an assignment due today that she had no computer to work on. Her work computer needed to be left at school for her student teacher to use while she attended a conference today and tomorrow. Even her tablet, a Kindle Fire, had been stolen, so she had nothing on which to do her research and write her paper other than her cellphone, which was of little value.

A couple days ago, I had mentioned helping her buy a computer to have for school, but she had thought she’d be able to use the one from work. Only that didn’t turn out to be the case. So last night, when working on a frustrating assignment while thoroughly tired, I slipped in some research on where I could get an inexpensive laptop that’s a decent brand for which my daughter could pay me back or at least use until she could get her laptop of choice. She needs the computer today.

Between assignments today, having already performed my reconnaissance mission last night, I will slip out under the cloak of darkness (well, there’s a thick marine layer anyway) and do a rescue maneuver for a Windows 10 laptop. I will then drop it into enemy territory (my daughter’s apartment aka the scene of the crime), because that’s what we helicopter moms do. We not only hover over our kids and overprotect them, we also come to their aid when needed.

PS. After three hours of my, my son’s, and my husband’s search efforts, including scouring every bush and blade of grass in the immediate neighborhood, my cat-person younger daughter lured the terrified feline out of hiding within one minute of entering the apartment. Maybe my whirring chopper blades had scared the cat off.